my baby chicks: the birth story

First of all, I just have to say that hatching chicks is the most FUN thing I have done all year!
My students have loved every minute of it and so have I!
Remember this little guy who hatched all by himself??

Well… when I got to school the next morning, he had EIGHT little friends to keep him company.
That means, NINE eggs hatched in the night and my students missed it!
I had such mixed emotions when I first saw all of them–
I was so excited, yet disappointed that we missed it.
Thank goodness we still had 3 other eggs that hadn’t hatched all the way.
I left the projector up all day and we got to see one hatch…
we named that one Taylor Swift because she was a famous little chick!

Watching a chick hatch is so exciting!
My students LOVED it and it was fun to have the other first grade
classes in our classroom watching with us!

We love our baby chicks!
We were able to hatch 11 out of 12
(one was a dud, but that is okay, because we have read Charlotte’s Web and they understand).
All of our baby chicks came out healthy and strong except for this little guy…
We named him Wilbur.

I had to separate Wilbur from the other chicks, because they were pecking him. They knew that he was weak. It is natural for them to peck the weakest one to death so the weak one won’t attract predators.
This little guy seriously broke my heart! My students loved him… but now he is in a better place.
I didn’t tell my students that he died, I told them that he went to the Chick Hospital and he had to stay there.
I have some students who could have handled knowing that he died,
but I have others who aren’t mature enough to know.

We got our chicken eggs from Utah State University and they gave us an assortment from different hens.
That is how we got this little guy, Oreo:

I have tried explaining to my students that he is black because he come from a different hen than the others
(he is a Silkie chicken), but my students are still convinced that he is the ugly duckling!

My students can’t get enough of these baby chicks!
The first thing they wanted to do was name them… so to make it fair, I let them all write down a name they wanted on a little piece of paper, and I drew them out of a bucket.
We named them: Uno (he was the first to hatch), Oreo, Wilbur (RIP), Taylor Swift, Banana,
Sunshine, Summer, Yellow Ninja, Gold, Chocolate Chip, and Star.

My chicks love their brooder box! My brother-in-law made it out of an old kitchen cabinet.
When the chicks are a couple weeks old, I will send some of them with one of my students and the rest will go to with my sister’s family. Both homes raise chickens and they are so excited to get more!
However, the program I got them through at Utah State would take them back if I couldn’t find a home.
If you haven’t ever hatched chickens in the classroom before… DO IT!
It has been the best learning experience for my students.
A special thanks to the cute ladies over at Lesson Plan SOS for their adorable Chick Unit!
If you haven’t visited their blog… you need to! 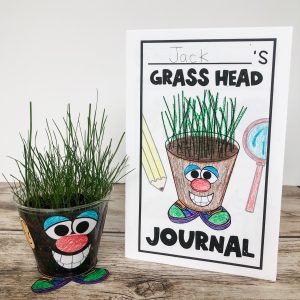 I am a licensed educator from Utah. If you are looking for time-saving classroom resources, then you’ve come to the right place! I’m dedicated to providing K-3 teachers with professional teaching activities, lesson plans, and inspiration so they can be successful in their classrooms.
Learn More

Find What You Need

Sign up to join my email list below, and this sight word game will be sent straight to your inbox for FREE!

Give your students the number sense practice they need with this FREE worksheet that can be used daily and with any number 0-999!

I've saved every note I've ever received from my s

Do you set summer reading goals with your students

Here's an easy activity for the last week of schoo

You'll want to save this post! Are you looking for

Counting down the days until summer! ☀️ We hav

It's official: May is the busiest month! I think i

I first posted about these silly grass heads on my

☘️Freebie!☘️ Your kids will love this secr

This FREE activity takes regular, boring flashcards and turns them into a fun, competitive game. Your students won’t even realize they are learning!